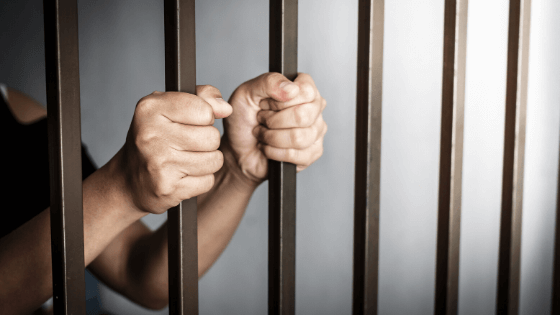 Criminal justice systems worldwide struggle with high rates of recidivism and poor correctional performance. According to a report released by Bureau of Justice Statistics (BJS) on April 2014, among all the 404,638 prisoners released in 2005 in 30 states of U.S., 67.8 percent of them were arrested within 3 years of release, and 76.6 percent were arrested within 5 years of release. (See following image)

(Recidivism of prisoners released in 30 states in 2005, by time from release to first arrest that led to recidivating events)

In fact, no one would imagine such a big percentage of recidivism. 16.1 percent of released prisoners were responsible for almost half (48.4 percent) of the nearly 1.2 million arrests that occurred in the 5-year follow-up period; within 5 years of release, 82.1 percent of property offenders were arrested for a new crime, compared to 76.9 percent of drug offenders, 73.6 percent of public order offenders, and 71.3 percent of violent offenders.

But what is the meaning behind these numbers? “This study will provide a lot of information for policy makers on the official recognized behavior of released prisoners” said Matt Durose, a statistician for the Bureau of Justice. “When we’ve put these reports out in the past, different states have looked to the BJS report as a way to compare the recidivism rates within their states to a larger group of states.”

Another report, Florida takes aim at juvenile recidivism with predictive analytics, pointed out that instead of using predictive tools for research and evaluation of released juvenile, the Florida Department of Juvenile Justice (FDJJ) will become the state’s first agency to conduct risk assessments to detect possible recidivism. IBM SPSS Statistics and SPSS Modeler were the main tools adopted and FDJJ’s Research and Planning team applied them to analyze delinquency at every level, from state-wide overviews down to the level of individual programs and even children.

Information, such as juvenile officers, the courts and police, is collected statewide and from a range of different sources. Other attributes, including demographics, arrest records and risk and needs assessment, are also put into model building processes.  Although final result showed predictive analytics could theoretically improve the accuracy of Florida’s current risk assessment from 61 percent to 82 percent, it hasn’t been approved yet.

Once a criminal, always a criminal? FDJJ won’t be the last authority to chase this answer. In fact, more and more criminal justice systems are engaging in this way. Contact us to see how Cresco International can use predictive analysis to reduce recidivism rate and improve public safety.